Blogging in the classroom 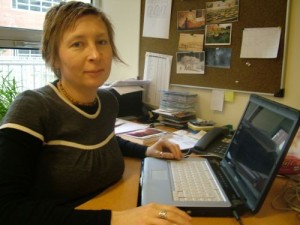 Blogging, which could basically be defined as electronic self-publishing or a soapbox in cyberspace, is actually as easy as writing an email and having those emails stored in publicly accessible archives on your blog. Since 1999, when there were just 23 (Blood, 2000), blogs have been truly discovered. In a recent survey of the web in 2007, according to Helmond (2008), there were close to 200 million blogs. At the beginning of the blogging era, in 1992, those who wanted to write blogs were required to have a working knowledge of HTML, but then in 1999 (Blood, 2000) with the spawning of free and easy to use blog hosts, the number of blogs increased formidably. Nowadays, anyone who has access to the internet can publish their opinions or their innermost thoughts for the world to read and comment on, without having to know HTML.

So what is blogging and what is it used for? Blogging is what you make it. In its most essential form, as stated above, it could be defined as a free self-publishing space, or soapbox, on the internet. Bloggers write their opinions and then others write their comments. The blog then becomes a forum-like space for the readers, but the difference between discussion forums and blogs is that the blogger has ownership and the right to interact with or not interact with the comments sent by the readers. This makes blogging potentially a very interactive space, but at the same time very content rich, as unlike discussion forums entries are in article format.

Blogs are used by many for as many different purposes. A quick survey of blogging on the web reveals that blogs are used by students to express their ideas, by teachers for organising their courses, businesses as a marketing tool, doctors or by basically anybody wanting express their ideas online in a public space. Journalists, professional and novice alike, also maintain blogs. The purpose and use of a blog is completely dependent on the writer. Apart from perceiving blogs as a free-self publishing space, blogs could be perceived as a space in which a dialogue takes place between the readers and writers, a space for developing ideas. So they could be seen as a space for active participation in the production of ideas. Blogs are public documents, they are out there in cyberspace for the whole world to see, not just kept for the self as a conventional journal or diary might be. There could be a perceived risk (Lowe & Williams, n.d.) in this public-ness as well though, which is an advantage to not having to revealing one’s true identity. In that way the risk is minimized to some extent.

Blogs have a myriad amount of advantages. They are free and able to be used by the writer in which ever way he/she chooses. They are easy to read, easy to use and easy to comment on. Nobody has to read or review the entries and consider whether or not they are worthy of being published or if the ideology is in keeping with their own. As each entry is published it has the time and date attached to it and is archived chronologically. So it is very easy for the reader to follow the progression of a writer’s idea. In general terms, a blog can be seen as an opportunity to take part in public discourse and an easy and cheap way to disseminate information or opinions. And unlike other forms of publishing, it is immediately available to the whole wired world once the ‘publish’ button is pressed. Because of the ease of use, blogs can be easily used in the classroom.

Blogs used in the classroom promote an “inquiry-oriented approach” to learning, which means that the learning becomes a challenge, as it awakens students’ curiosity and allows them to express ideas in their own individual way (Wells, as cited in Glogowski, 2007). According to Glogowski (2008), blogging “is about meaningful, thoughtful engagement with ideas“. He also sees blogging as something that allows the student to become independent researcher and therefore take part in a “conversation” with other learners and as well as the teacher through the commenting facility of blogs. ”I believe that it is my role as an educator to ensure that my students are given opportunities to grow as individuals, and are not treated as mere pupils who passively receive information”, Glogowski (2007). Blogging can be a tool in encouraging students to become more active in the classroom. For one, writing their own blog makes them more active as does researching for the content of their blog writings.

Depending on our philosophy of learning, blogs can be used in many ways in the classroom. Blogs could be used to report research on specific topics. They could be used for the writing of drafts of essays and in that way other students could provide peer feedback in a much easier way, or alternatively publishing the first drafts of essays on blogs could give students a chance to see what and how other students are writing. This exposure could in turn improve their own writing. Blogs could be used as a space for students to write their initial impressions of course texts, prior to discussion of those texts in the classroom. This could help students develop their own individual ideas and reactions to the text and could encourage greater participation in discussions as having first interacted with the text on their blog may also give less confident students the courage to participate in discussions in the classroom.

Blogs can also have different formats. They may be created by individual students, groups of students or as a class blog. The advantages of the individual blog could be that then individual students would have ownership of the blog and responsibility for ideas. This type of blog would make it easier for the teacher to see an individual student’s writing. Group blogs can be useful if the emphasis is not on individual work and writing. Class blogs, however, might make administration easier, as everything is available in one place, all of the students would have access to the blog, and they could write their name on their entry. One problem with this could be issues of privacy. At least with individual blogs students can hide their identity from the public view by using a nickname and just the teacher would know their real identity. Individual blogs can be linked to the teacher’s blog through what is usually called the ‘blogroll’. The blogroll is a very convenient way of linking others’ blogs to your own, which eliminates the need to know many different addresses. Depending on how many students you have, one drawback of having individual blogs is the having to open them all to check students’ entries, whereas if a class blog is used this is eliminated as every entry can be seen with a click or two.

I have used blogs successfully in the Freshman English classroom in many ways. One way has been an alternative to classroom participation for students who are quiet but want to express their views, although may be not verbally in front of 17 other students. In that case the blogs were optional and chosen mostly by quieter students. At the end of the semester, all students thought this option was a great addition to the classroom, especially the quiet students who would either have been forced to speak in the classroom or would not have had a forum at all in which to express their ideas in relation to class discussions. I have also used them as a space for student’s initial interaction with the assigned texts before they discuss those texts in class, thereby giving them a way to express their ideas and opinions of the texts in a less threatening environment. That also allows students who are doubtful of their understanding to check with their peers’ understanding before participation in the class discussion. I have also used them for the initial stages of the research paper as a way to structure students’ research. Students do the same topics in groups and they are asked to write blogs documenting their progress, what they are thinking of arguing, certain ideas they have encountered while reading, useful sources for their research paper and why they are useful. All of these are written in a series of separate blog entries, which have due dates to help the students plan their work and not leave everything just days before the deadline. Also as a part of this stage, they are asked to comment on their group members’ blogs as well, giving ideas, critiquing proposed arguments, suggesting different perspectives, or maybe even pointing out possible problems in their proposed argument. Members of the public have also commented to some students’ blogs when they have written about their research, which makes the whole exercise so much more authentic.

There are many arguments as to why using blogs are effective in the educational context. They range from students having the opportunity to practise their writing skills on a regular basis, thereby finding their own voice in this more informal style of writing, increasing participation of students, to facilitating them to perceive writing as part of the construction of meaning in this forum of “democratic expression” on the “global public sphere” (Bloch, 2007), especially when the potential and interactivity of comments is considered. Also, what students can get from individual blogging is a sense of ownership of and responsibility for their ideas and the space to express their individuality with the appearance of the blog itself. Blogs also help in the building of community in the classroom (Arena, 2008) and they are authentic. What is more they are free, easy to use and there is nothing to lose in at least experimenting with blogs in the classroom.