Last Spring Semester, during my Sabbatical Leave, when I saw the Staff Mobility Announcements on MySU I contacted the international offices of a few universities and luckily got approval from Coimbra and Estonia. To choose which one to visit was of course difficult since it would be a beneficial experience to spend a week at a different institution abroad. Finally, I decided to spend my week, from 14th to 20th April, in Instituto Superior de Engenharia de Coimbra (ISEC) in Coimbra, Portugal. 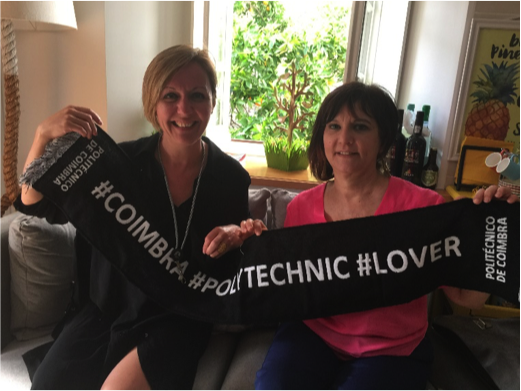 ISEC is a unit of the Polytechnic Institute of Coimbra, one of the largest institutions of public higher education in Portugal. There are 6 engineering departments with around 3500 students. Although the main language of instruction at ISEC is Portuguese, English taught classes can be offered or some courses may have tutorial support in English depending on the number of international students. Therefore, they do not have a language preparation programme similar to the School of Languages at Sabancı University.

On the first day of my visit I met Dália Pires from the International Office and Professor   Deolinda Simões Marques, whose lessons I covered. From the first day until my departure they were very helpful and supportive. By nature Portuguese people are very friendly and they have a good sense of humor, so we became very close friends with Deolinda in one week. Her tips and suggestions about the students, classes and the city made my visit smooth and pleasant.

The students I taught at ISEC were mainly students learning English at the Mechanical Engineering and Computer Science Departments. I had different groups in each lesson so I could use the same material in all lessons. I had around 30 students in each class and it was a surprise to see some Turkish Erasmus exchange students from İzzet Baysal and Selçuk Universities. 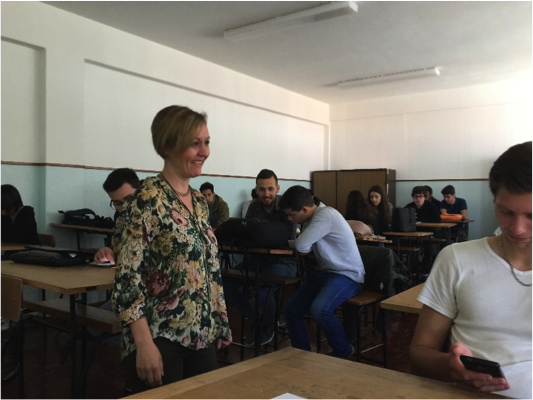 The Wednesday group was a smaller one, with 10 students, who were part of the European Computer Science course in the third and last year of their courses. They had previously studied abroad in one of the universities they had a protocol with. They were from Metz, Blois, Hamburg, Finland, Spain, Romania and Venice. Being with a group of international students was an amazing experience.

The focus of my lessons was on Digital Footprints. We had very nice discussions throughout the lessons and the interactive nature of my lessons attracted their attention much because they had never used any EdTech Tools during their lessons.  The classrooms were equipped with projectors but not all classes had wi-fi and sound systems. However, it did not cause any problems because they provided the necessary equipment before the lessons start.

I also had the chance to introduce Sabanci University and Istanbul during my lessons. Both Deolinda and the students were amazed with our campus, physical conditions and opportunities. 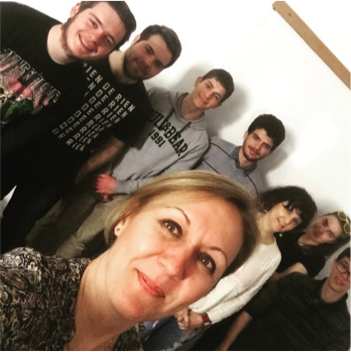 While I was there, an Engineering Fair, FENGE - Engineering Fair of Coimbra, which was the largest engineering fair promoted by students, started in the campus. One afternoon Deolinda took me there and I had the chance to meet the President of the Institute, Dr. António Mário Velindro dos Santos Rodrigues. There were 50 companies taking part in the exhibition offering lectures, workshops and test drives.

About the city, Coimbra

Coimbra, is located in the center of Portugal, is on the right bank of the River Mondego. There is no airport in Coimbra, so I flew to Lisbon and reached Coimbra by coach. The other alternative is to take a flight to Porto, which is also close to Coimbra.

Coimbra is famous with its academic life, known as the “city of students”. The population is only 106,582 and there are 9 universities in this small city. The old part of the city, where I stayed during my visit, is dominated by the University of Coimbra (est. in 1290). You can easily see its resemblance to Hogwarts, if you are a fan of Harry Potter. It is almost not possible to see students wearing Hogwarts-style black capes, which are traditional, in the streets.

Harry Potter and the Academic Traditions

I was told that the author of Harry Potter, J.K. Rowling based the Hogwarts’ capes on the ones at the University of Coimbra, where she visited during her life in Portugal. 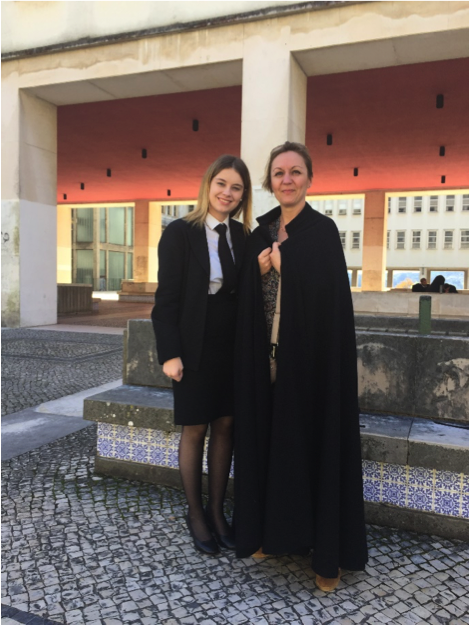 Washing the cape is believed to be the same as forgetting the memories of the university life, so students do not wash them, and they even put the capes on the floor for others to walk over it.

Another tradition is burning ribbons.  When students begin their studies at the university they get a starter ribbon set with different colors depending on their departments. They carry them for the duration of the course. When it is time to celebrate their graduation, called as Queima das Fitas, during the first week in May, they have fun in the streets and burn the ribbons.  It symbolizes the end of one’s studies and entering into the workforce.

What to see & do in Coimbra

The city has a modern side, a contemporary riverfront park with terrace bars and restaurants, a pedestrian bridge across the Mondego, and the medieval part.

Since Coimbra was the medieval capital of the country for over a hundred years, and is recognized as one of the World Heritage Sites by UNESCO, the buildings and the streets in this part of the city are amazing.  There are really beautiful mosaic remains on the walls and on the sidewalks.

The Biblioteca Joanina at the University of Coimbra, is worth visiting. Because of the UNESCO restrictions, they had to come up with a solution to keep the irreplaceable collection of ancient books away from the insects, which is to use tiny bats in the library. They say one of these bats eats as many as 500 insects a night and each morning. This can certainly create a large mess, so before the library is opened someone has to clean it up.

During the daytime, you can sit at a little café bedside the river, eat Pastel da Nata (Portuguese egg tart) and at night you can listen to the beautiful “saudades” of Fado, i.e. the melancholic longing for something or someone that one misses a lot, while drinking a glass of Porto wine.

In short, I would whole-heartedly recommend the Erasmus+ Staff Mobility Programme. Although it may be a challenge balancing our work commitments, it is worth trying it. Seeing how things are done in another country allows you to reflect on things better and it really adds up to one’s professional development.