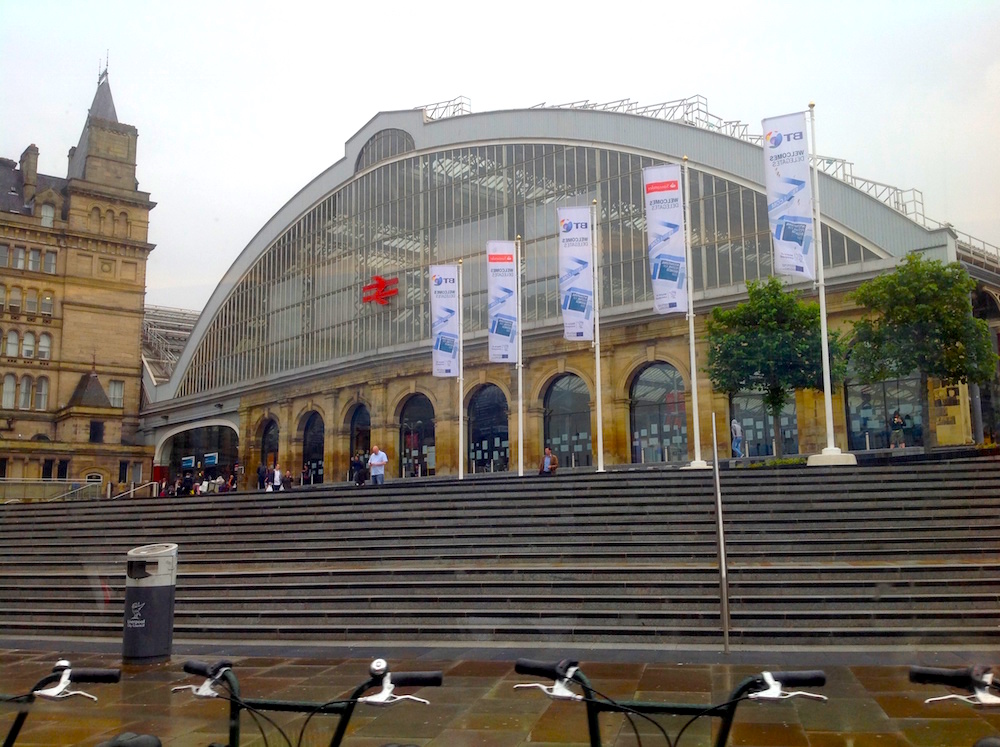 I (Seyran) gave a session on the writing booklets we have for R4 and R5. My talk started with the kind of writing we teach and why we cannot use commercial academic writing books available on the market. Then, I explained why this initiative started and developed. I showed some example units from the booklets and finished my session by going over some of the feedback we have received from teachers and students on to the use of these booklets. 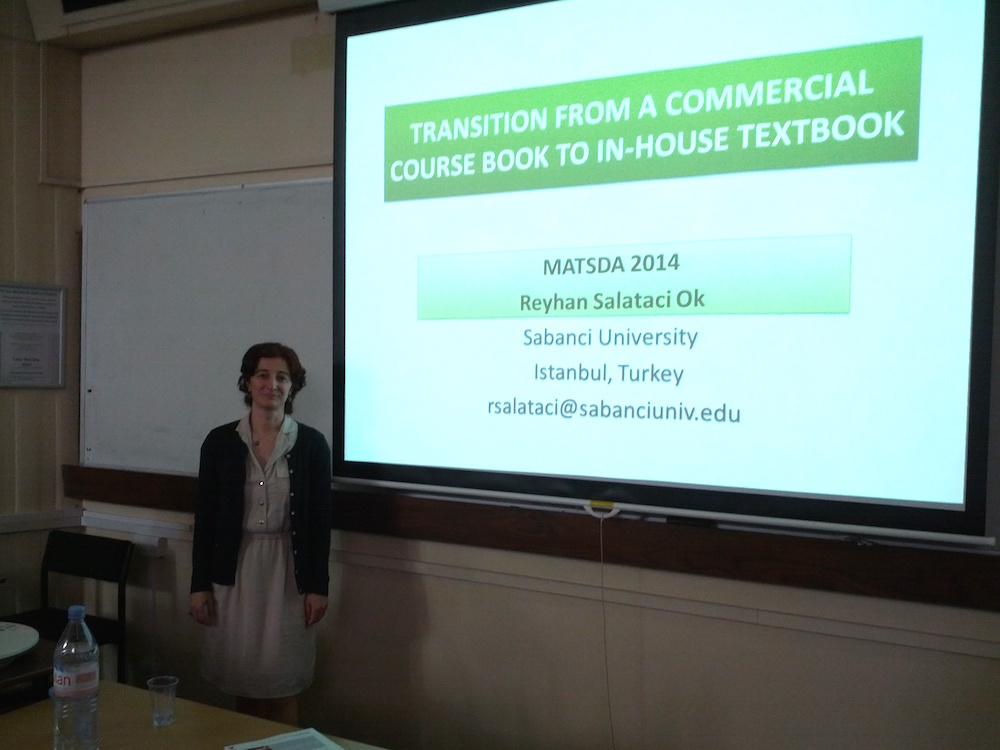 My own presentation (Reyhan) was about the feedback I collected both from students and teachers about Language Leader and Beyond the Boundaries.  In my presentation, I first gave information about our programme and the reasons why and how we introduced a commercial textbook.  I also discussed the concerns we had about the differences between the two books and how to bridge the gap.  One of the authors of Language Leader came to my session and he later remarked that he was surprised when he saw one of our students’ comments about Language Leader being ‘childish.’  On the contrary, he commented that they aimed for more academic and serious content in their textbooks. 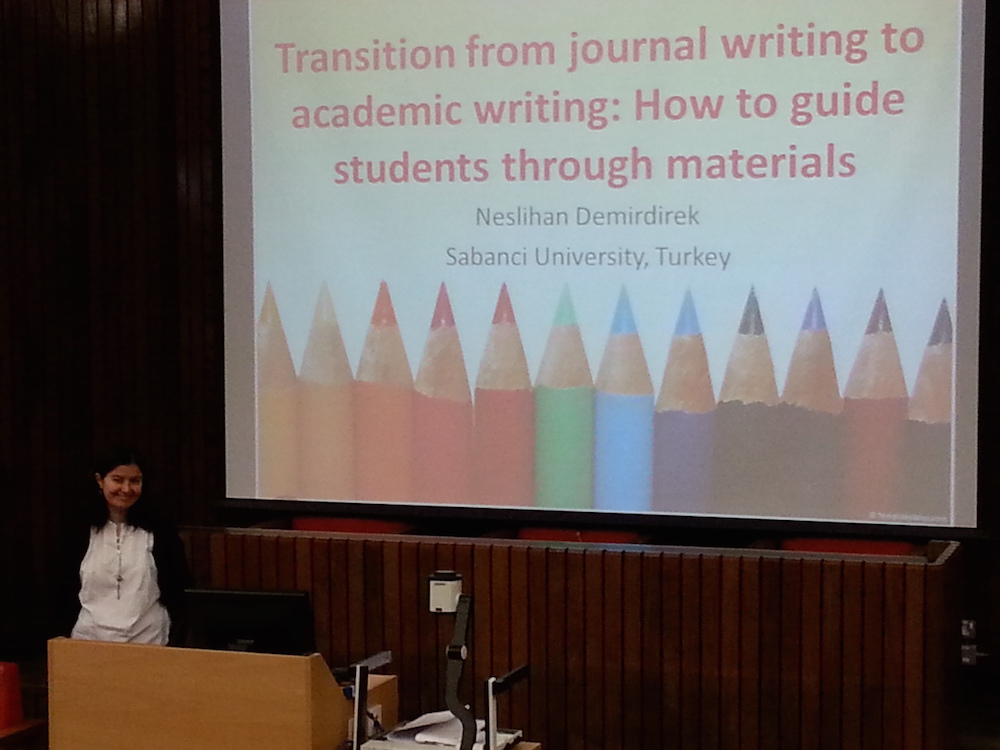 My presentation (Neslihan) was titled ‘Transition from Journal Writing to Academic Writing: How to Guide Students through Materials’. I shared how our Route 1 students start writing in English by sharing their opinions on different topics such as hobbies, leisure time activities, and favourite food. After 8 weeks of an intensive elementary course, they start writing short answers to questions based on texts in the coursebook such as study habits, learner types and cultural differences. Most students find this transition challenging and need a lot of guidance and practice. In my presentation, I shared different materials I prepared to make it a smooth transition. These include comparison of journal and short answer tasks, recognition tasks and guided production tasks. I also shared different ways of giving feedback and students’ views on the effectiveness of these materials.
Although the MATSDA Conference was a small one, we found it to be very useful in that we got to hear some big names and exchange ideas with colleagues from many different countries.