News from Spelling Bee Competition in Route 3, 17th of June 2022

In the academic year of 2021-2022, Spring Semester, Route 3 held its inaugural Route 3 Spelling Bee competition in the Performing Arts Centre (PAC) on the 17th of June. It was an approximately 2-hour event joined by all route 3 students in their last two lessons.

What are the benefits of spelling? According to Moates (2005), the knowledge of spelling helps students better understand the relationships between letters and sounds, resulting in better reading. Moreover, based on Mehta, Foorman, Branum-Martin & Taylor’s (2005) longitudinal study, it was found that better readers tend to be better spellers.

Spelling is strongly connected with writing ability as well. According to Singer and Bashir, writers who need to think hard about how to spell use up valuable cognitive resources needed for higher-level aspects of composition (as cited in Moates, 2005, p. 12). Since writing includes a lot of work for the writer such as word choice, organization, punctuation, etc., writers who are good at spelling expend less cognitive effort and do not limit themselves while writing.

How did this competition concept work throughout our route? Firstly, there were 2 different in-class practices: the first one took place on the 31st of May and the last one on the 9th of June, 2022. Those were done at the same time in different classes on the given dates, which had previously been identified in the teacher calendar. When the finalists were selected after the second in-class practice, all the selected finalists joined the actual Spelling Bee, which took place on the 17th of June, supported by their classmates as audience members.

What are the purposes of the competition as a whole? It is basically to train attentiveness in listening to the words and accuracy in spelling the words, to enrich vocabulary, and enhance ability in writing and pronouncing English words.

How about the roles of the game? There are 3 roles in the competition: the judge, the pronouncer, and the speller. Kassandra Robertson (pronouncer), Itır Beğen Yılmaz, and Suant Jane Sezgin (judges) were in our jury panel. The pronouncer says the words and repeats them and can even give an example sentence (if asked by the speller). The judges listen to the spelled words and approve the speller. Finally, the spellers are awesome Route 3 students full of word power!

When it comes to the general rules of the game, there is an elimination process among the rounds. Please see below:

•No dictionaries are allowed.

•Words are not written by either the judge or the contestant – they are directly pronounced.

•Spelling duration is 30 seconds, but when there are 3 finalists left, the duration is 20 seconds.

•The measurement of success is 100% based on the elimination of the contestant.

Based on the rules and process, Tahir Belkuyu (3G2) won first place, earning a 750 TL Trendyol gift card along with a certificate of achievement: 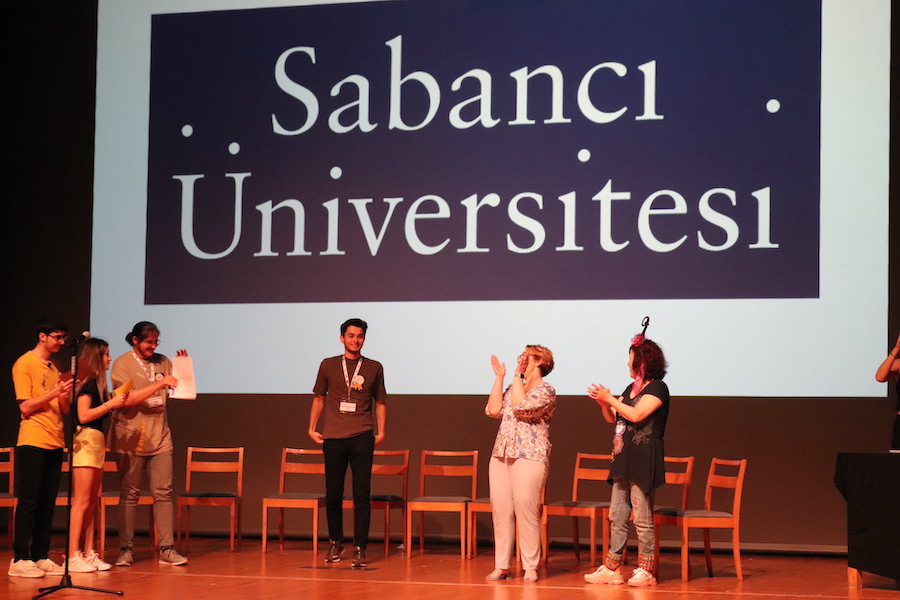 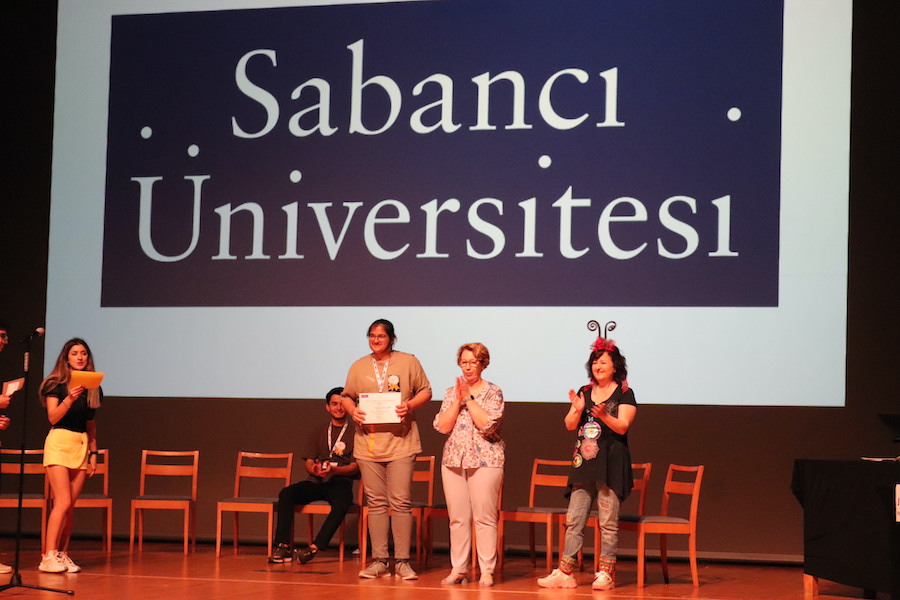 Finally, Doğukan Doğan (3B2) won 3rd place, receiving a 250 TL gift card along with a certificate of achievement: 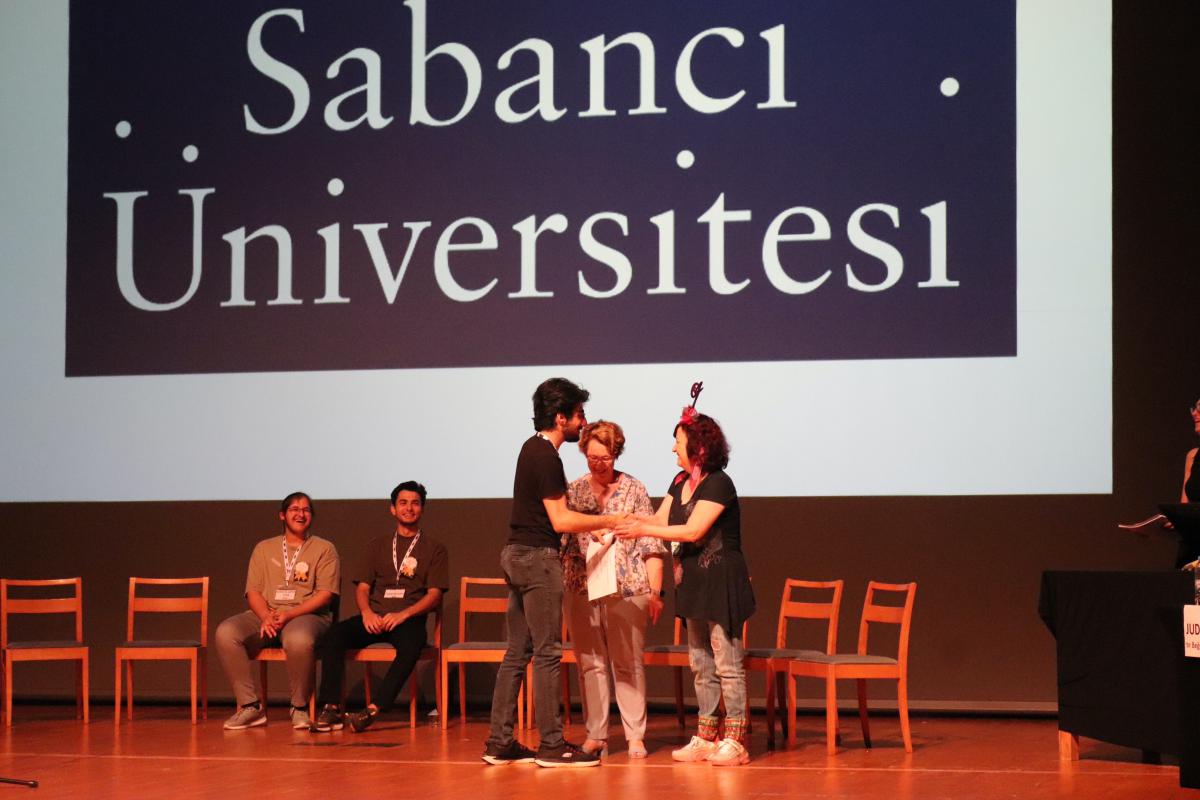 Additionally, we had lunch with the top three competitors accompanied by our SL Director Jacqueline Einer and our program coordinator Pınar Demiral Gündüz. In conclusion, it was an event which included language work, fun and socializing, and was also a nice wrap-up towards the end of the academic semester. 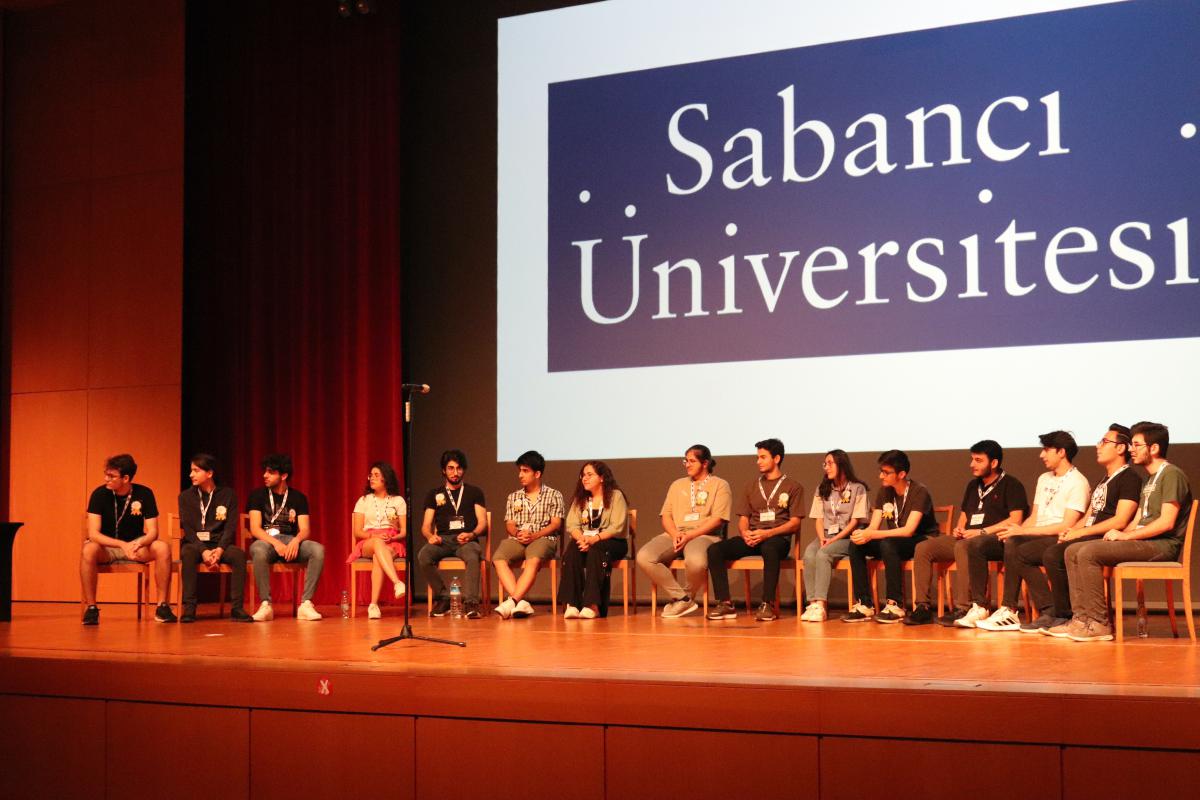 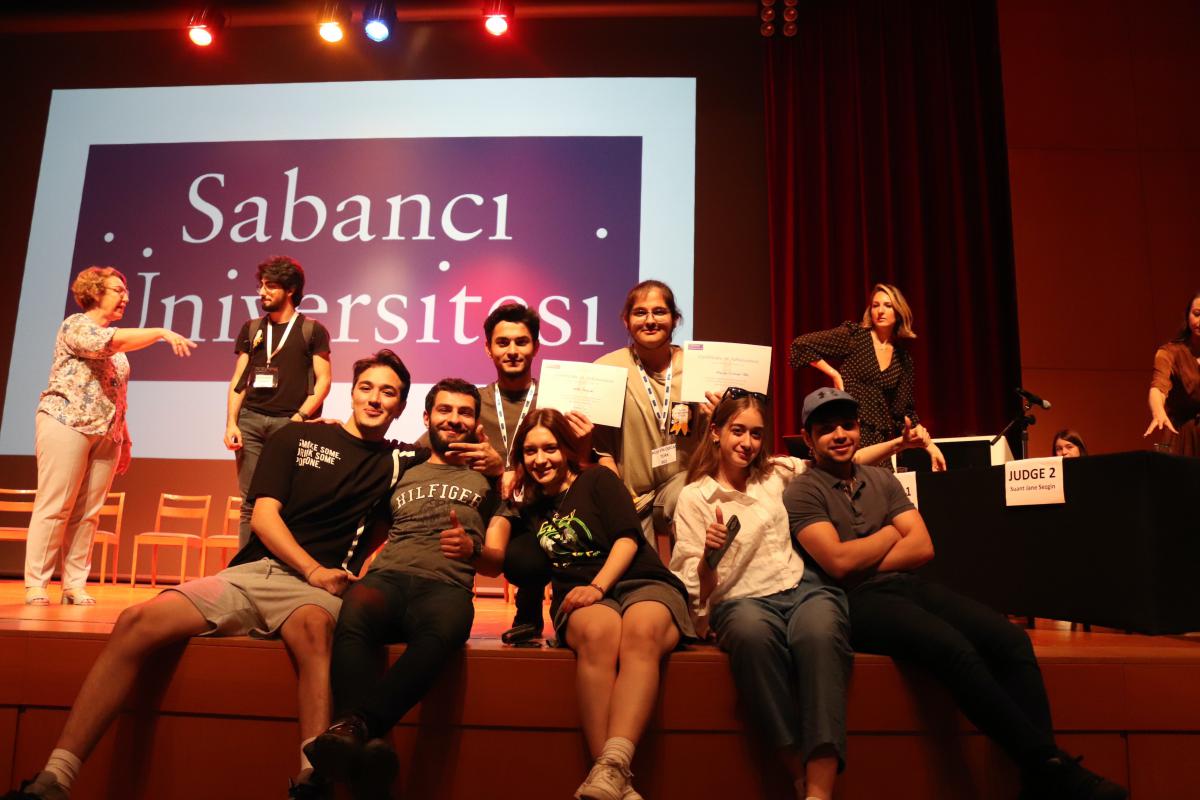