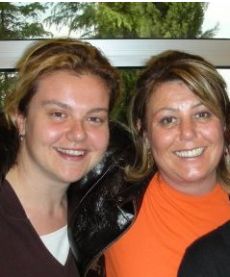 This paper reports on a successful framework applied with EFL students at various levels in the teaching of academic writing at Sabanci University, Istanbul. In the “Study-Buddy Academic Writing Project”, students at advanced level are trained to become tutors to peers at lower levels. The process stimulates a co-operative and collaborative academic learning environment, through which more autonomous and critically aware learning takes place. Initially, academic writing conventions are introduced and explored with advanced-level learners, followed by structured oral and written one-to-one feedback sessions with their instructor. The second stage aims at collaboration among students from two different levels in the form of a series of feedback-exchange sessions, i.e. peer-tutoring sessions, on a prompt assigned to both levels. In this process the instructor merely provides guidance. Being closer in knowledge and status, students in peer-relations feel freer to express opinions and ask questions, allowing more balanced and lively classroom interaction. The motivation for lower level students is to learn how to write an academic essay, whereas for those at advanced level it is to transmit knowledge effectively. The data gathered from both levels indicates that systematic peer-tutoring allows autonomous performance, collaboration and cooperation as well as improved academic performance.

Questions about “What kind of feedback is useful in essay writing or which tool(s) to use while giving feedback” are quite common in any academic environment. The authors of this article approached this issue in a collaboration in the form of peer feedback workshops on academic writing as part of a classroom research project designed and implemented to increase learner autonomy by encouraging guided peer feedback, “guided” being the key approach to instructor contribution to the content of the workshops. “Peer feedback” as a concept was treated in its most basic form which is feedback from your fellow students. Learners at both levels received the same essay topic as an assignment and peer feedback meant exchanging drafts and commenting on each others’ drafts.

The challenge for the researchers were to persuade learners who were used to receiving feedback on their writing from teachers during their previous academic study to accept suggestions from fellow students.

Bearing in mind the fact that “when students learn collaborative skills with which to work with one another, their peer feedback session can be more effective” (Murphy & Jacobs, 2000). Students of Upper Intermediate level received training from their instructor on how to provide useful and sensitive feedback prior to the peer feedback workshop series. At the same time, students of Intermediate level worked on how best to benefit from feedback by raising the right questions with the help of their instructor. As part of the writing program followed by the School of Languages the learners were studying at, both groups of learners received instruction on writing introductions and thesis statements, body paragraphs, concluding paragraphs, outlining, in-text citation, revising and editing.

The expected outcomes of the workshops were that learners would be able to make use of what was told to them during their courses and that learners would learn from each other through active interaction, increasing their sense of ownership of their written work. Also the workshops aimed at enhancing academic language in the essays produced by learners, namely at the levels of vocabulary and style.

The content of what was looked at/analyzed in the peer feedback sessions, during which students took an active role in exchanging feedback and providing some teaching when necessary, had to be well-planned and focused to keep it manageable for the Upper Intermediate students and to make life easier for the Intermediate students when it came to following the feedback thus improving their drafts.

Although it might be argued that the best kind of feedback is feedback that the author has requested, the instructors who designed this project had to make a decision on what to focus on in the peer feedback workshops. This was done through informal consultation with the learners at both levels and by using intuition and experience to identify the most common error types made by students on the course. In this way, the kind of feedback to be provided was put into a framework by the instructors with the understanding that if someone gives his or her draft to someone else to read, he or she needs to tell them what kind of feedback is asked for. In this collaboration, peer evaluators were given some leading or guidance questions to answer or some points to pay attention to which kept the content of the workshops focused thus more manageable.

This is also why the authors of this article tried to limit the coverage of workshops to topics such as identifying non – academic elements in introductions (usage of personal pronouns such as “we, you”), underlining the subject of each sentence in introduction and finding the keywords or headwords of nominal groups used as subject of the sentence, identifying overgeneralizations and hedging in introduction, reviewing the use of passive, modals and nominalization, identifying repetitive and frequently used vocabulary items and checking them against the Academic Word List (Coxhead, 2000).

Method: Sequence of Workshops with Procedures and Key Areas Covered

Identifying non-academic elements in introduction (Usage of personal pronouns such as “we, you” /Buddying (3mins)

Identifying overgeneralizations and need for hedging in introduction (Overgeneralized concepts/Hedging modals (may, could, might) /Buddying (3mins) )

Students review the usage of passive, modals, nominalization (Free to refer to their notes)

Saving results of analysis on laptops

Meanwhile the student sitting outside the circle, the author, is taking notes on all comments made by his peers.

Each student in the circle has a copy of the essay and reads it through once.

They take it in turns to start reading the essay again, sentence by sentence, thinking aloud and discussing anything they do not understand or they think needs to be amended in some way.

After the essay has been commented on the student/author can revise it.

Despite the idea that teacher feedback is more useful than peer feedback because of the perception that teachers know more about writing compared to one’s peers, both peer feedback and feedback from the instructor can be useful depending on the needs of the learners and what level of autonomy one would like to encourage in the academic environment where the teaching and learning takes place.

The advantage of peer feedback over instructor feedback could be stated as one’s peers are more likely to share perspectives on writing and the challenges learners may experience as writers. Peer feedback may also allow for feelings of being less threatened by feedback from peers compared to feedback from instructors.

Another point to be highlighted about peer feedback is that it encourages students to be open-minded and sincere. Moreover, when peers exchange drafts, they can learn from the draft they are reading.

Below is a summary of the students’ views. We think what students have reported about the project speak for themselves. It has been a rewarding experience for us as instructors, both in terms of completing a project and sharing of ideas and expertise.

Student Views on the Project

I could not learn much from my partner because s/he is less experienced than I am. However my partner’s mistakes were the ones that I used to make. It was a good opportunity to see that I have improved. Thanks for making us enjoy S.B. project which has also supplied us with establishment of friendship and collaboration for better writing skills _. By Ataman Girisken, Upper-Intermediate.

I experienced that people can learn more while explaining what they know to other people since the person may have the opportunity to revise his/her knowledge and find deficient sides of their knowledge. I think, feedback sessions with our peer buddies are very useful because people can understand better from a friend than a teacher. When you talk to a peer, you do not care about your oral grades. You can share your ideas more comfortably in a friendlier atmosphere. By Ahsen, Upper Intermediate

I think this idea was interesting. Generally the meetings like that come true more flippant and empty. Maybe it is my chance but I really had good study buddies. This kind of feedback study can be useful but it depends on students. My study was very useful because my buddies helped me about how to write an essay. Especially they told me about what kind of words I have to use, how I can create a more academic writing etc.

In all honesty, I didn’t think that it could be useful at the beginning but than my opinion changed. I think, studies of that kind can be successful because sometimes students learn more things from their friends or from persons of the same age. However, the important disadvantage is to know each other. I saw that to receive feedback from someone who is better than you in language and who you meet for the first time can be a successful study. By Sinan, Intermediate

Learning while teaching is generally useful for new learners because learning from peers is permanent on students mind. As a result, some problems can be solved with enjoyable conversation between peers. It is possible to say that this method of teaching may be used for new comers in the following years. Thank you for this work. By Cansu, Intermediate

I think study buddy was useful. I learnt from my buddy and also I understand that there are not too much differences between upper students and us (I expected more of them). Shortly, I learnt that I do not have to tell my personal opinion, I mean I do not have to defend myself when I write (I did it so many times so far). Also according to my buddy, I have to give more examples. He said that, I have got a problem with “to” and “for”, I agree with him. I always confuse them… By Mete, Intermediate.

Thanks to our colleagues Meltem Bizim, Benet Donald Vincent, Mary Wynn Karatal and Leah Bosworth who read and commented on earlier drafts.