A review of the third official meeting in TED university,  and British Council and Hacettepe University Symposium in which T-PLUS members shared some of their continuing professional development(CPD) activities and case studies from their institutions.

T-Plus, which stands for ‘Trainers’ professional learning and unlimited sharing’ had its third meeting at TED University on 15th November 2013. The seeds of the group had been planted at the Yabancı Diller Yüksek Okulları Müdürleri’ gathering at SU-SL in early 2012. Then T-Plus was founded at the initiation of İzmir Economics University on 21st December 2012 when 25 participants from various universities gathered and discussed the mission of the group and the teacher training needs of schools of foreign languages. One of the goals of this organisation is to improve collaboration across universities in order to be able to improve teacher training and development conditions in all universities with or without teacher training units. Various institutions tried collaboration between their schools where they focused on different applications of training and development procedures.

After the first kick-off gathering in İzmir Economics University, the second one was organized by Yaşar University on 2nd May 2013. There teacher trainers or  representatives from each institution worked in different focus groups to understand different contexts and to set institutional goals to develop further cooperation among universities and to enhance personal and professional learning and sharing. The participants had an opportunity both to attend Yaşar University ELT conference and to work with Adrian Underhill to experience a certain model of ‘coaching’.

The third gathering at TEDU, directed by Yeşim Eraslan, 15 Nov. 2013, hosted Deniz Kurdoğlu Eken (DKE) as a plenary speaker and Hüsnü Enginarlar made the closing remarks. In her talk, entitled ‘Of course but sometimes Off Course:Observation, Research and Development’ DKE first focused on the areas which were mentioned by T-Plus members via a survey run by her as a needs analysis study. As a result of the data she had collected, the main foci of the talk were on developmental observations, (research) projects and classroom research.

DKE referred to ‘Ethos’, the Greek word for ‘character’ that is used to describe the guiding beliefs or ideals that characterise a community, nation or ideology. She highlighted the meaning of the concept, saying Ethos is concerned with people and how they treat others or are treated with the underpinning values and expectations within relationships. She stated that the ethos of a school is a cumulative result of the collective influence of thousands of actions, interactions, words and ways. Therefore, it can only be changed by collective promotion, adherence and insistence upon meeting the values and expectations of the school.  This brought her to describe  a culture where…

In relation to teacher resistance, which was brought up in the survey conducted, the word ‘resistance’ was analysed as RES-I-STANCE, meaning ‘I have a view’ which can be interpreted as a way of understanding each other better.  The following model of observation drawn by DKE herself many years ago was shared. 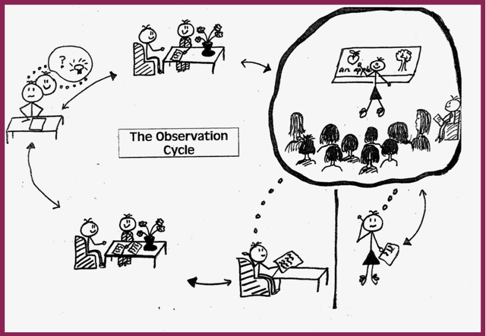 Later, the topic ‘research’ was covered and the shared characteristics of qualitative research questions were suggested  as being assumption-free, open and exploratory, specific and focused, and context-focused.

The plenary finished with a saying by a Greek-Roman slave-Epictatus (1st. C)

In the focus group meetings, the topics TEACHER RESEARCH, MENTORING, TEACHER RESISTANCE and OBSERVATION were investigated and the results of the group discussions were shared by group representatives.

Sabancı University is part of the organizing committee and the next T-PLUS event will be in Girne American University in May. If you have some suggestions or areas to be exploited, please send an e-mail to nezaket@sabanciuniv.edu

British Council (BC) organized a two-day event together with Hacettepe University (HU) including eight case studies shared by T-Plus members on Jan 27th& 28th. The symposium hosted Loraine Kennedy, ELT educational consultant who talked about ‘The principles and practice of effective continuing professional development (CPD) and Nik Peachey, learning technology consultant,  to talk about ‘Tools and practices for autonomous online teacher development ‘(CPD). Bahar Gün, assistant director of school of languages of İzmir University of Economics, who has taken an active role in the foundation of T-Plus, gave an overview of T-PLUS working group. There were also group discussions on CPD in a Turkish university context, and panel discussions on setting up a CPD programme and tools and resources for a CPD programme.

It was emphasized in many sessions and talks that meaningful continuing professional development (CPD) seems to be one of the objectives to achieve higher standards of teaching and learning within any context.  This symposium aimed to support the language schools and their Teacher Training Units (TTU) to  refresh/ update their knowledge of the principles and practice of an effective CPD programme ;  share best practice through case studies of successful current teacher CPD initiatives in various Turkish Schools of Foreign Languages and explore models or routes towards the establishment of a successful CPD programme embracing the department’s whole teaching group. 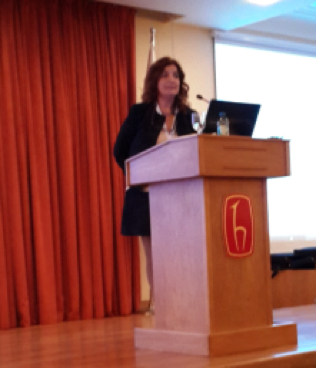 On the first day of the symposium,  Monday 27 January 2014, Loraine KENNEDY, ELT educational consultant , explained the difference between the concepts ‘training’ and development’ and examined why CPD is so crucial exploring ways in which to apply modern theories and principles of CPD in any institution. She highlighted some challenges and made suggestions that may support teachers in a flexible CPD programme.

There were eight short presentations on various case studies presented by T-PLUS members:

The event  raised more interest in CPD and various activities to promote professional development in Turkey and more participants became members of T-PLUS which will hopefully enable more cooperation and collaboration among schools. More details about the sessions and the case studies will be included in a BC  publication soon. Some information about the event can be seen in the blogs below.

T-PLUS Organizing Committee meeting for the 4th gathering to be held in Girne American University on 12th and 13th May, 2014. 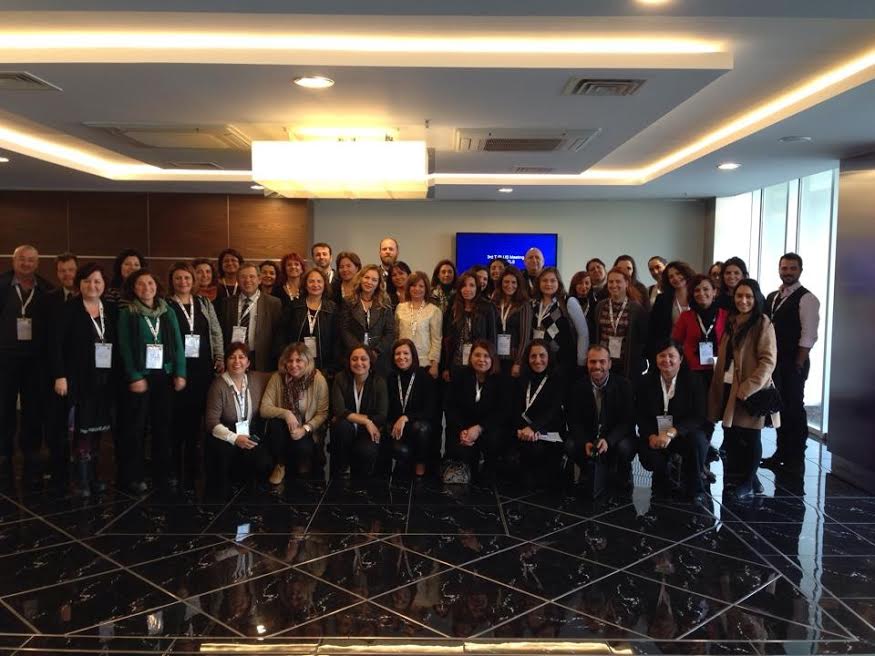