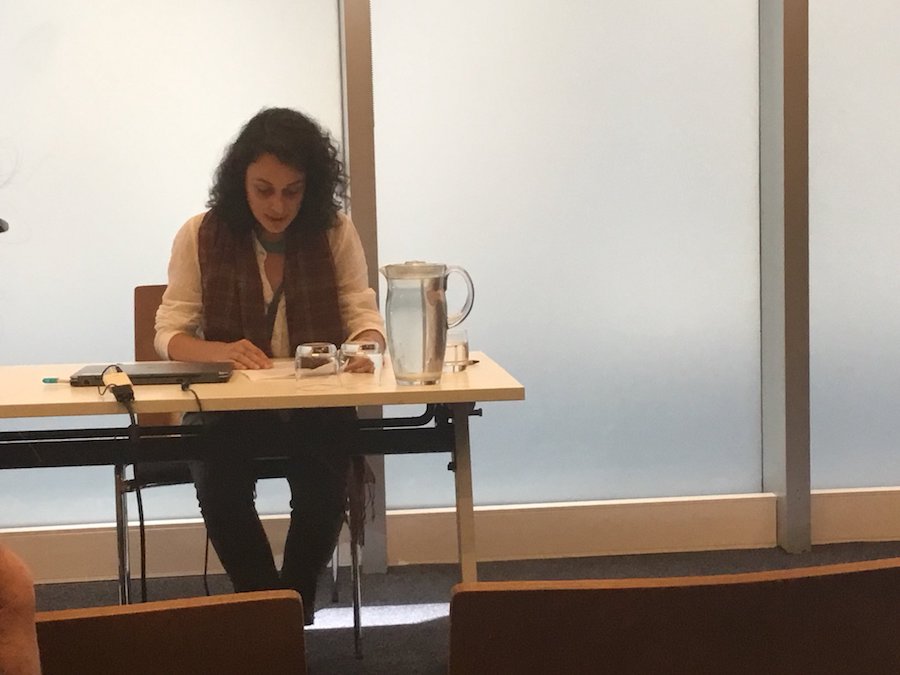 A Review by Selen Erdoğan

(Un)Ethical Futures: Utopia, Dystopia and Science Fiction Conference took place at Monash University Law Chambers in Melbourne between December 15-17, 2017. Over the three days, there were many intellectually stimulating workshops and presentations given by academics, graduate students and artists.

Recent fiction on climate change and world-ecological crisis was a popular topic and the three keynote speakers especially highlighted it. Andrew Milner noted how the ideal typology of climate fictions is built and how this typology can be useful for the analysis of a range of climate fiction from varying geographies. Jacqueline Dutton, from Melbourne University, focused on futuristic fiction in France comparing the Islamic agendas of two novels (Soumission by Michel Houellebecq and 2084 by Boulem Sansal) within the context of historical secular ethics of French utopianism. The third keynote speaker was Nick Lawrence from University of Warwick, who spoke on neoliberal capitalism, climate crisis, and imagining post-capitalist utopian futures.

There was a wide scope of theoretical approaches adopted by researchers. Fictions of utopia and dystopia were evaluated from queer, feminist, post-colonial and Marxist perspectives. The relationship between ethics and aesthetics in fiction was also a trending topic at the conference.

My paper was on Bilge Karasu’s Gece (Night) during the session titled “Dystopia and Resistance.” The book is an allegory of a totalitarian regime and was published five years after the 1980 military coup in Turkey. In my paper, I expressed that Gece (Night) draws on the themes of violence and writing and more specifically questions the relationship between the origin of violence and writing. My focus was on showing how Gece (Night) diverges from the understanding of language as a space of dialog that constitutes itself in opposition to violence, whereby writing emerges as a tool for spreading the writer’s consciousness and internalizes the violent gesture. I argued that the text does not merely adopt a critical approach towards violence, rather it raises such questions that points to the latent violent dynamics of its own generation.

There were many questions raised by the participants after the session and the discussion ended with ideas on ways of resistance –especially through literature. I had the opportunity of listening to and meeting some of the major academics working on dystopia and getting acquainted with a range of fiction written in different languages and their critical readings.