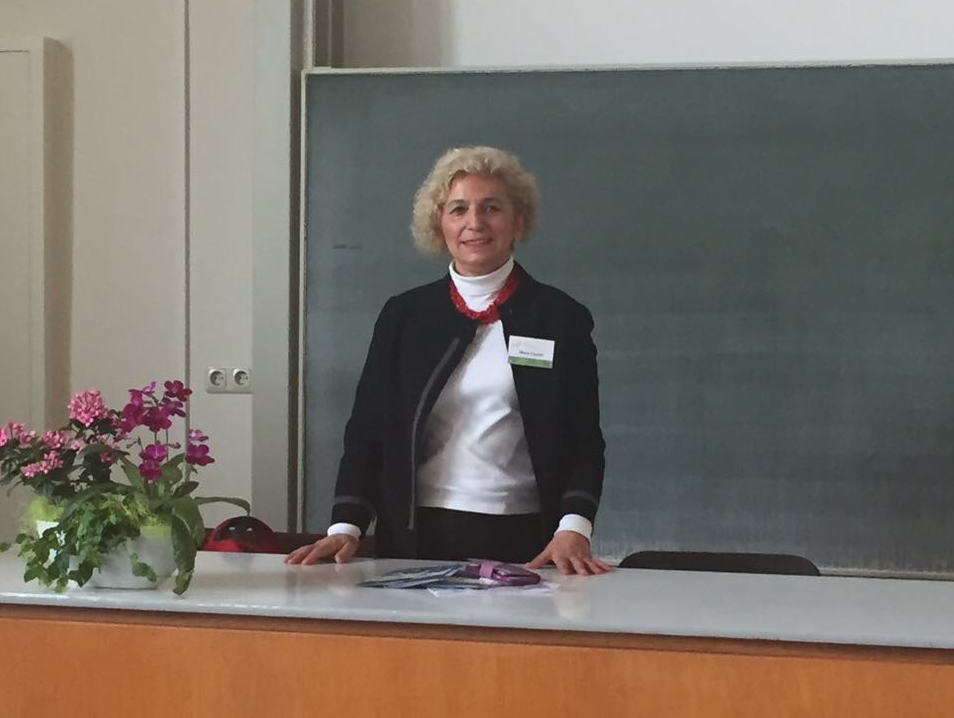 Academic Writing Symposium was held at Justus Liebig University, Giessen on April 6-7, 2017. Plenaries were held by Paul Kei Matsuda of Arizona State University and Melanie Brinkschutte from Georg-August Universitat Gottingen. Matsuda’s plenary focused on facilitating language development through writing. Paul described academic writing as a challenging process not only for non-native speakers but for native speakers as well. However, he argued that L2 writers in particular have to develop academic literacy while developing their language resources and this is more demanding. Matsuda discussed how corrective feedback (CF) is employed by both writing and language teachers to facilitate language development. He referred to John Truscut’s controversial 1996 article which argues that corrective feedback is useless and harmful. He provided a precise literature review on corrective feedback starting with Cohen 1987; Truscot, 2008; Bitchener, 2008 and Bitchener, 2010; Connor-Linden &Polio, 2014. Paul shared a great number of research which explore whether, when, and how corrective feedback contributes to students’ language development. Finally, he explained why corrective feedback often does not work and suggested ways of facilitating language development through instruction and assessment. He claimed that feedback may not guarantee learning for the following reasons:

¬teacher knowledge has its limits,

¬students care grade more than the content of the feedback therefore they ignore feedback after grading,

¬students’ readiness to learn is difficult to predict,

GRADING CAN BE BASED ON:

He suggested to encourage language development as follows:

¬Discuss how language is learned

¬Discuss rationale for your pedagogy

Matsuda is not keen on grading on grammar but if grammar must be graded, he has the following suggestions:

Focus on development rather than the deficits

Many other speakers also emphasised the importance of peer feedback. Paul Kei Matsuda ended his plenary citing Wenger,1990 "Learning cannot be designed: it can only be designed for – that is, facilitated or frustrated."

The second plenary was by Melanie Brinkschulte whose session was entitled Academic Writing in Multilingual Academic Contexts- Competencies and it was conducted in German.

There were sessions on peer feedback, plagiarism and how to encourage learners to develop their academic writing. My session was entitled Action Research to Develop Academic Writing in Educational Landscape. I shared my research, providing evidence that action research may improve the way teachers give feedback to academic writing assignments of L2 learners. I began with a quick literature review starting with Mills (2002), who defines action research as a systematic inquiry that helps teachers to collect and analyse data on their teaching and their students’ learning. Mc Niff and Whitehead (2002) also define action research as a process of data collection, reflection and drawing conclusions from validated evidence. Burns (2010) points out the role of collaborative action research in developing academic literacy in TEFL contexts. I discussed how a collaborative action research study generated new knowledge and developed teacher skills by enhancing competence in the academic writing context. The study was designed, conducted and evaluated by sixteen English language teachers at a university that provides intensive English programmes to students who are admitted with limited English language proficiency. All courses at the university under study are in English, and the students are expected to meet high English language proficiency requirements. All these teachers who are involved in this study started by providing usual feedback to student assignments. They then used a key to evaluate their written feedback to the assignments. Next, they created their own institutional form-focused feedback key to use schoolwide. Where content-based feedback is concerned, they agreed to provide content and organisation-related feedback with an emphasis on research that students are encouraged to conduct and integrate into their writing. Having reviewed literature, the teachers decided to implement new techniques and strategies, such as integrating technology in feedback. In addition, they checked their students’ peer response behaviour to benchmark their own performance. I shared the methodology used, action research tools applied and the tangible improvements in teacher and student performance in academic literacy. Recommendations for future research in the context of academic writing, teacher perceptions about action research and the long term impact of it on their professional growth were also discussed. After the conference, I received an invitation for publication of this paper from the Journal of Modern Education Review. 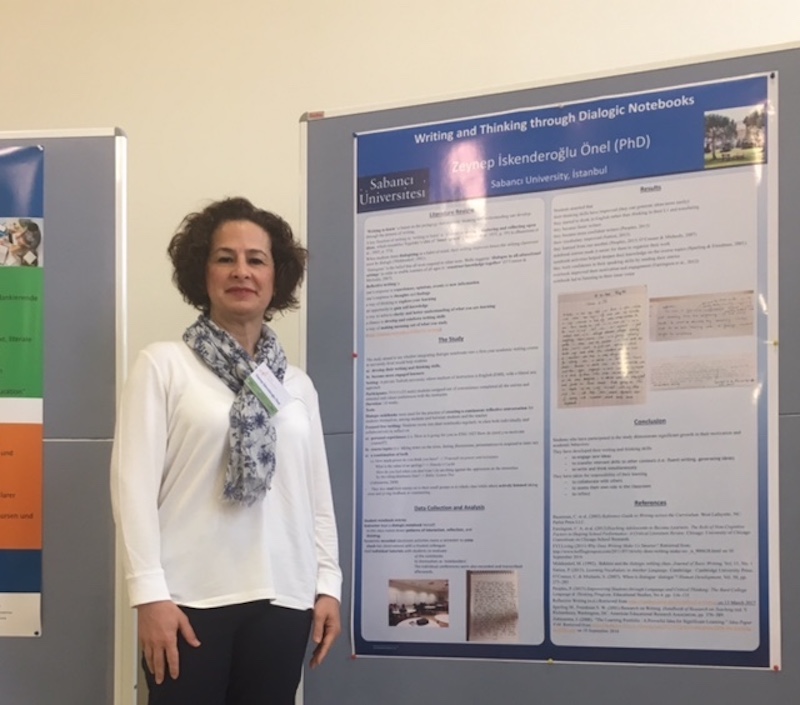 Zeynep İskenderoğlu Önel designed a poster on writing and thinking entitled Writing and Thinking through Dialogic Notebooks. She highlighted ‘Writing to learn’ by Bazerman et al. (2005) which is based on the pedagogy that students’ thinking and understanding can develop through the process of writing. Zeynep shared her study aiming to see whether integrating dialogic notebooks into first year academic writing course at university level would help students a) develop their writing and thinking skills, b) become more engaged learners. Dialogic notebooks are used for the practice of creating a continuous reflective conversation for students themselves, among students and between students and the teacher. She explained that 52 students completed all the requirements of keeping a dialogic notebook, i.e. completing all the entries and attending individual conferences with the instructor. The study took 14 weeks with the writing tasks which aimed for the learners. By the end of the 14 weeks, learners asserted they started to think in English rather than thinking in their L1 and translating, hence became faster writers; that notebook entries made it easier for them to organise their work. They appreciated the collaborative nature of tasks as they said they learned from one another. Results are in line with Farrington et al. (2012) in that writing –in-notebook activities improved students’ motivation and engagement. Zeynep shared an unexpected result which was the confidence building impact of their reading their notebook entries in the class. This was reflected in their speaking skills. 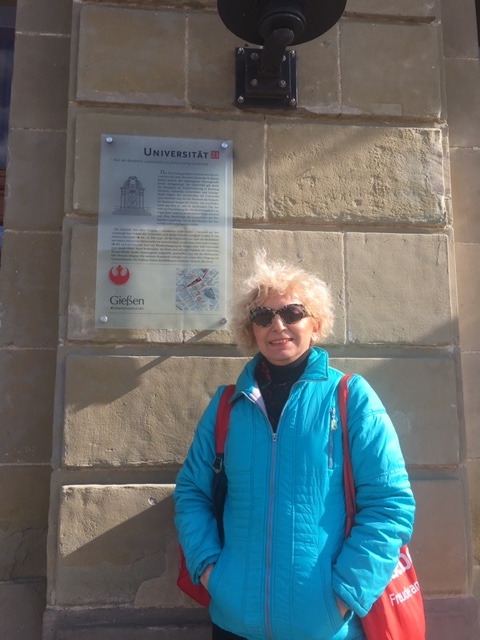